Presented by: The Department of Media Study

In this enigmatic world, rumors of a lifesaving antidote spread. This antidote, is personified in the form of a “white bullet." Samantha, a single mother and dog trainer, is left to care for her dying daughter, Lillian. Barry Syput hears of Samantha’s struggle and visits her with a possible solution; his talking gun, Anessa. Despite the desire to save her daughter, Samantha discovers Anessa is not the true white bullet at the cost of Lillian’s life. Filled with anger, Samantha takes revenge by killing Barry, who reluctantly agrees to pen his own suicide note as a disguise. Barry gives his Doctor, Cal Owens, a sealed letter ensuring his wife is left with the truth of his demise. Cal feels culpable, as he is the one who holds the true white bullet named Dash. Cal decides to use the white bullet on Barry. Samantha is stunned to see Barry, who has returned from the dead. This proves the existence of the white bullet. Now, Samantha has to venture out to find the white bullet. 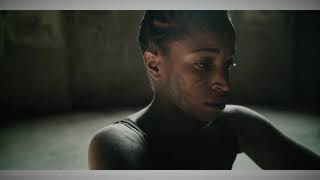